Letter objecting to the Health & Wellbeing Census of children in Scotland

We have written a letter to Humza Yousaf, Cabinet Secretary for Health and Social Care in Scotland, to object to the Scottish National Health and Wellbeing Census which all school children are being encouraged to respond to. We are disturbed by some of the questions being asked which we believe are not appropriate when asked to school children. 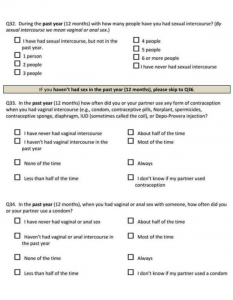 Three questions in particular concern us:

Q33.In the past year how often did you or your partner use any form of contraception when you had vaginal intercourse (e.g. condom, contraceptive pills, Norplant, spermicides, contraceptive sponge, diaphragm, IUD or Depo-provers injection?’

It is reported that these questions are being asked to children as young as 14. This is disturbing because these young people are under the age of consent and the questions assume that they are therefore engaging in illegal activity. By asking such questions to those under the age of consent an impression is given that the law as it relates to sexual activity is not that important and can be broken with impunity. This raises serious safeguarding concerns. You will be aware of the negligence that was shown by many local authorities in dealing the sexual abuse of young girls by grooming gangs. The problem in many cases was that the local authority treated having under-age sex as a normal part of growing up, thus allowing the abuse to continue. The Family Education Trust has studied this phenomenon in detail on our report Unprotected. I enclose a copy for your interest.

The questions in this survey display the same irresponsible attitude to young people’s sexual activity that was shown by so many local authorities. We would urge that they be withdrawn.

We do hope you will engage with us on this issue and look forward to hearing from you. 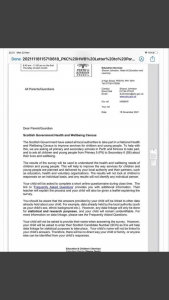