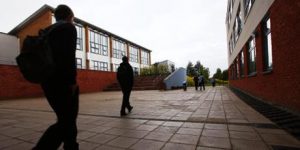 Today on social media we shared the Education Committee’s report “The forgotten: how White working-class pupils have been let down, and how to change it.” The report shows how White British pupils eligible for free school meals persistently underperform compared with peers in other ethnic groups, from early years through to higher education. 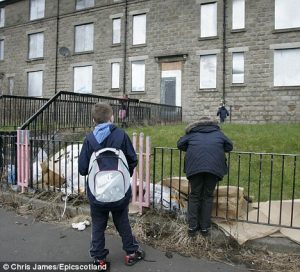 The statistics show that only half of white British pupils on free school meals met the expected standard of development at the end of the early years foundation stage. In 2019, just 17.7% of such pupils achieved grade 5 or above in English and maths. Only 16% of this group started higher education in 2019, the lowest of any ethnic group other than traveller of Irish heritage and Gypsy/Roma.

This attainment gap cannot be attributed to poverty alone. The report found that among the many factors that may combine to put white working-class pupils at a disadvantage are:

One of the recommendations of the report was that schools should “Find a better way to talk about racial disparities.” The Committee agreed with the Commission on Race and Ethnic Disparities that discourse around the term ‘White Privilege’ can be divisive, and that disadvantage should be discussed without pitting different groups against each other.

Our comment that critical race theory has no place in education was picked up by a follower on social media as being “racist”. However teaching children about history and racism is completely different to the political movement behind critical race theory, which teaches children that they are either oppressors or victims according to the colour of their skin. This theory is taught widely in many schools in the US, where parents are afraid to question the ideology due to being labelled as bigots. But what happens when you teach a vulnerable poor white child that they are oppressing a rich black child from a privileged background just because of their skin colour?

This kind of language creates resentment and racism.

The pleasant rural village in Yorkshire that I grew up in was overwhelmingly middle class; only one child in my primary school had divorced parents, which caused quite a scandal at the time. Boys and girls went to Cubs and Brownies and did their homework. Our parents got involved with the school and expected us to go to university. There was one Indian family in the village. The Dad was a GP and the Mum baked incredible wedding cakes. Their two children ended up being a surgeon and an architect.

It was a culture shock to go to secondary school, a bus ride away in a former mining community. This town had been ravaged by the miner’s strike and many families had been out of work for over a decade. Attendance, standards of behaviour and achievement at the school had plummeted since it had changed from a grammar school to a large comprehensive.

A lot of classes were simply crowd control as kids threw pens at each other and talked over the teacher. Only the older and fiercer disciplinarians had any level of control. Most kids had no ambitions other than getting a council house, to which end, quite a few girls got pregnant before the age of 18, knowing that this would secure them a house.

No point in GCSEs are there are no jobs 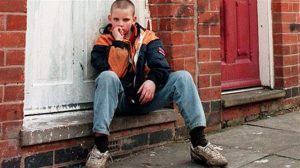 I remember one boy telling me his dad saying there was “no point” in achieving GSCEs as there were “no jobs”, so he might as well just doss about as he would end up on the dole anyway.

There were no black children in the school, and only a couple of Asian kids from Indian backgrounds, who were high achieving.

The only group who stayed on after the age of 16 to do A-levels at sixth form were those from middle class backgrounds. We all went to university and left behind our poor, working class peers to repeat the cycle with their own children.

Almost ten years later, while working for a national newspaper I ended up covering a story about my former school bribing pupils for gaining GCSEs.

The newspaper covered this as if it were a scandal, but what else could the school do to claw its way up the league tables if the kids had no aspirations or encouragement to study from their parents? All the youth groups had long been shut down due to lack of funds.

As a young adult I worked with a church youth group in York where all the children were white and from underprivileged backgrounds. Under the façade of wealth in every town and city the UK are communities living in poverty with chaotic lifestyles that no-one wants to know about. 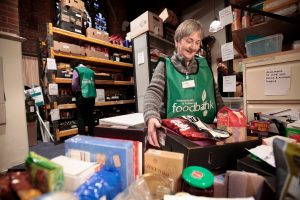 These children were from broken homes. Most had no contact with their dads. Men had multiple children with different women and weren’t married to any of the mothers. These kids didn’t get to do any extra curricula activities, let alone go on holiday. They had never seen the sea. Sometimes their mothers had to come to the church food bank as there wasn’t enough money to put food on the table and pay the electricity bill. There definitely wasn’t enough money to buy new clothes or shoes, so they were reliant on charity shops or agency hand-outs.

During a discussion on what they would do differently if they had children, one 14-year-old boy told me proudly, “I’ll make sure I see my kids every weekend” as if this were a noble aim.

20 years on, nothing has changed

My husband works in schools with vulnerable children. The stories of neglect and abuse that he comes home with are horrendous. Children as young as six are being referred to him after being permanently excluded from school due to their disruptive behaviour. He sees multiple children from the same families. When questioning one seven-year-old boy about why he was behaving so badly, the little boy said: “What’s the point of sitting at a desk? I know I’m going to end up in prison like my big brothers.” He was one of a family of eight children, with one brother in prison, one in a young offender’s institution and the younger sisters already on the at-risk register. Overstretched social services are trying to make the best of a bad situation and keep the kids at home with their mother.

Telling these children that they are oppressing black and ethnic minorities because of their “white supremacy” only creates more division. White working-class communities already feel hard done by due to migrants from Eastern Europe settling in poorer areas, because they will take on the lowest paid jobs without complaint. Local services are almost at breaking point with the number of asylum seekers, who seem to jump the queue for social housing.

The amount of time in school these children have missed due to impact of lockdown has made the obstacles they face even worse. A whole generation will feel the impact of this. Let’s not make it any worse by calling them the oppressors. 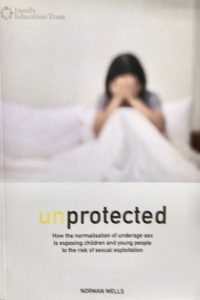