The Trouble with Teens and ‘transphobia’

Before I had my own kids, it was easy to be self-righteous and pronounce judgement on parents whom I presumed to be making bad decisions.

On seeing a crying toddler bribed with a bag of crisps or a baby in a buggy smeared with chocolate, I’d say to myself, “When I’m a mum I’ll never let my child do that.”

And then suddenly I had my own children, and there wasn’t a handbook. I had to learn to muddle through and do whatever was needed to them safe and keep me sane, during the sleep addled years of having three children under four.

But eventually I got through the tears and tantrums of toddlerhood and things became a little more straightforward, until puberty hit. Seemingly overnight, my once cheerful and obedient eldest girl *Elly became a truculent teenager with her own opinions.

We held out on giving her a mobile phone for as long as we could, but in the end let her have one in the first year of senior school so that she could phone us when she needed collecting from after school activities. (It made us feel safer knowing where she was).

Also, we didn’t want her to be left out from friendship groups when a lot of conversations happened via WhatsApp.

My husband and I made sure we had installed safe search on her internet browser and had stern talks with her about what was appropriate to be viewing online.

Having brought her up with Christian values, we weren’t particularly concerned about her views on sexuality and as she prefers baggy jeans and tops instead of tight dresses, we’ve not had arguments about how she’s dressed (yet).

We do however constantly argue about what to watch on TV, and there’s rarely a Saturday night when all five of us can agree on what to watch as a family. We usually end up scrolling through a hundred different channels before someone gets annoyed and ends up going to their room to play on their computer! 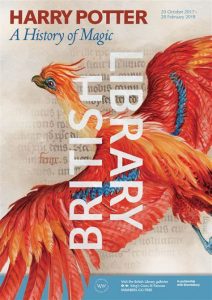 Anyone who has experienced the mood swings of teenage girls will know that hanging out with their mother is not often their favourite thing to do. So given our telly dramas and the fact that Elly is 14, you can imagine how pleased I was to discover there was a documentary featuring JK Rowling on the BBC, where the author goes behind the scenes at the British Library to reveal some of the real-life counterparts to her characters in the run up to the Harry Potter: A History of Magic exhibition. Elly still loves Harry Potter and has read all the books and watched all the films. She also likes history, so I thought I was onto a winner for a bit of mother-daughter bonding!

I called up the stairs and said there was something I was sure she would like to watch on tv with me about magic and Harry Potter. Then came the reply from behind her bedroom door:

“I’m not watching that. JK Rowling is a transphobe.”

I was shocked, but after a lot of persuasion, managed to get her to explain why she thought this was the case.

“It’s what everyone is saying on TikTok,” she said.

Teens believe everything on social media

Elly didn’t even know about the essay that Rowling had written which sparked all the controversy, but because it was what was being said on social media – it must be true.

Eventually I made her read the essay, and she reluctantly agreed that she could be mistaken, but the battle is certainly far from over.

At school she is surrounded by other young teens who have already labelled themselves as “queer”.

Two girls have declared themselves to be a lesbian couple and have been celebrated by the year group. One of her best friends identifies a “femme boy” who claims to be bisexual.

I asked what a femme boy meant, and with a roll of her eyes, she told me it meant he “likes feminine things.” Having now met him, this boy has long hair and likes hanging out with the girls rather than playing rugby. But in our modern world he needs to have an identity label, rather than just being a boy who isn’t macho. 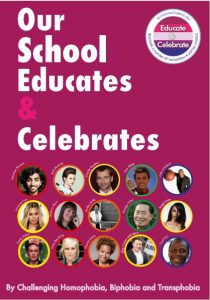 As yet there are no trans identifying children in the school, and RSE lessons have not alluded to gender identity as far as I know, but schools throughout the UK are being advised by Stonewall or Educate & Celebrate which state that “sex is assigned at birth” (much like the Sorting Hat in Harry Potter assigns students to Gryffindor, Hufflepuff, Ravenclaw and Slytherin).

My daughter passionately believes that it’s possible to be “born in the wrong body” and won’t enter any debate on the subject. If I raise the subject that there are only men and women, and that gender dysphoria is as much a mental health problem as anorexia, she shuts me down, saying I’m being bigoted. In her world, gender is a fluid scale and teens can choose to identify as male, female, non-binary, agender, or whatever sexuality they feel like at that moment.

However, she is also a fierce feminist and campaigner for girls’ rights, but too young to see that gender ideology is taking away those rights. Her school has just changed its uniform policy to allow senior girls to have the choice to wear trousers from September, partly due to petitioning from girls like Elly.

What will it take for girls like her to take up the gender critical fight? Perhaps a boy beating them in athletics or invading their changing rooms? But for Generation Z, anything goes and social media rules their opinions, so it’s hard to know.

“My generation is so much more tolerant than yours,” she said proudly. This time the eye rolling was from me.