“The appalling revelations of systematic child abuse and exploitation in English towns and cities over the past few years have led to a considerable amount of soul-searching about the root causes of the crisis. In this report, Norman Wells draws attention to a neglected but critical aspect of the debate. He has drawn together the findings of a series of serious case reviews and an independent inquiry looking at the reasons why the abuse of so many young people was not picked up by professionals.

“The report is utterly damning. A clear picture emerges of a culture in which underage sexual activity has come to be viewed as a normal part of growing up and seen as relatively harmless as long as it is consensual. Combined with official policies to encourage the confidential provision of contraception to minors, it becomes clear that current approaches aimed at improving teenage sexual health have frequently facilitated and perpetuated the sexual abuse of vulnerable young people…

“Policymakers and professionals working in sexual health no longer have any excuse to ignore the evidence… It is of the utmost importance that the government takes the findings of this report seriously and undertakes an urgent review of its approach to confidential sexual health services.” 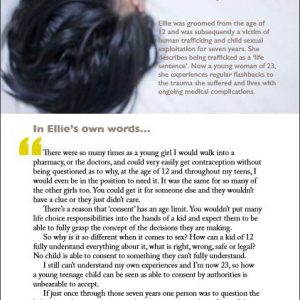