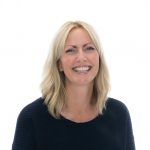 Sarah Carter has been an FET Trustee since 2012 and on the Executive Committee since 2009. A Marketing Manager with 15 years experience working in charity sector, Sarah has also been involved in youth work for 20 years. She is passionate about the importance of appropriate sex and relationship education and has delivered RSE lessons in various forms to youth groups, schools, colleges and university students, including through Lovewise.
Sarah has also worked as a foster carer for young people who have been involved in gang exploitation/at risk of offending, as well as supporting young women who involved in sex trafficking. 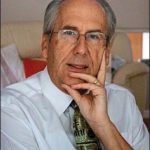 Arthur Cornell is a church Trustee and a Street Pastor in his home town of Eastbourne, having retired after a long career as a teacher in both secondary schools and prisons in the south of England. He became headmaster of Cavendish School in Eastbourne where he oversaw the move into comprehensive education.

Married to Ann, with two children and four grandchildren, Arthur is passionate about marriage and its benefits for the family. He trained as a marriage guidance counsellor while working as a teacher in Southampton. He has also spent many summer holidays volunteering with youth organisations and teaching theology in Eastern Europe, India and Malawi.

Martin Doe has been Chair of Trustees for a secondary academy trust since 2014.  He feels that the work of the Family Education Trust is particularly important for those not in faith-based schools, who need evidence in order to argue for a socially conservative approach.

Martin is married with three children, the youngest of whom is now in sixth form at school.  Professionally, Martin is a computer programmer and has a Master’s Degree in Computing for Commerce and Industry from the Open University.  He is also a trustee of a professional body in the computer programming field. 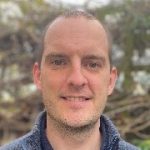 James Eaton joined FET in Sept 2016 in the role of Treasurer. He is a Chartered Accountant and Chartered Tax Adviser. He is the father of two boys, aged 3 and 6, and teaches Sunday school at his local church in South East London. James is working to simplify FET’s financial processes and governance and ensure the Trust’s financial setup for the future.

As a parent of young children, James is increasingly aware of what is being taught in schools and the role that parents play in safeguarding children and ensuring that the relationship and sex education (RSE) curriculum is appropriate. 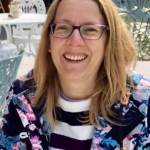 Dr Julie Maxwell is married to Alistair and they have 3 children (two now adults). She works part time as a Community Paediatrician as well as working one day a week for Lovewise, a Christian charity providing relationships and sex education from a Christian perspective. She is also involved in youth work and until recently had been serving as a school governor for 15 years. Her personal and professional experience led her to become increasingly concerned about the damage being done by society to family stability and consequently to the wellbeing of children.
More recently she has become particularly concerned by the rise in children and young people with gender identity issues and the way this is being managed. 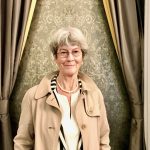 Gillian has been a involved with FET since 1979 when she was introduced to the organisation by a good friend who was also concerned about the breakdown of family life in the UK. Gillian had worked as a teacher, travelling the world and teaching in schools in Canada, the US and Hungary, before returning to the UK in the late 1970s with her husband and two young children. She had become concerned about slipping standards in schools before arriving back in Britain, and was very glad to find that those who had founded FET shared her aims of standing up for traditional families and moral standards.
Gillian is a passionate campaigner for unborn children and believes that easy access to abortion has contributed to a breakdown of family stability. She continues to be a passionate advocate for children, young people and marriage as the basis for strong families and the best outcomes for children. 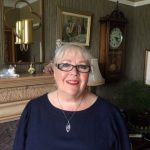 Mary has been involved with FET since the early 1990s. Following the opening of the Brook Advisory Centre in Belfast, Mary become part of a group of concerned parents and professionals who had mounted a campaign to inform the public about Brook policies regarding under-age ‘clients’. This group relied on information from FET and organised a lecture in Northern Ireland for then FET director, Valerie Riches. Reading FET’s literature caused Mary to become passionate about exposing the myriad of interconnected agencies and their drive to redefine the traditional family unit. Mary has frequently represented FET in the media on a variety of subjects including abortion, sex education, underage sex, smacking and stay at home mothers.

Mary has been married to her husband Jim for almost 50 years. They have 7 children, 10 grandchildren and one great-grandson. They live in Bangor, Northern Ireland. 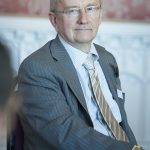 Dr Trevor Stammers is a freelance editor and writer. He was formerly an Associate Professor of Bioethics and Medical Law having previously been a general practitioner for 27 years. He is co-editor of The Ethics of Generating Posthuman Persons (Bloomsbury Academic) 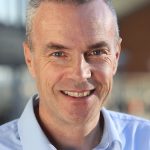 Professor David Paton is Chair of Industrial Economics at Nottingham University Business School and co-editor of the International Journal of the Economics of Business. David’s research interests cover a diverse range of topics including the sport, the post-Brexit economy, gambling policy and health. His work examining the impact of birth control policy on teenage pregnancy has been published in peer reviewed journals such as the Journal of Health Economics, Social Science & Medicine and Demography. David has acted as an advisor to several Government departments including the DTI, National Audit Office and HMRC.

Support us by becoming an FET member!