After concerns were raised on social media, we have sent the following letters to the Cambridge Junction and the Arts Council, after the latter funded a drag show aimed at promoting LGBTQ+ ideology to very young children. 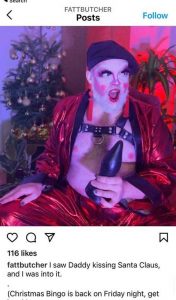 We expressed our grave concern regarding the Arts Council funding for Fatt Projects (run by the drag performer pictured),  a company that organises what are called ‘Palaver’ performances for children aged 3-8 years. One such performance was recently held in the Cambridge Junction theatre. We do not believe that these highly sexualised drag performances constitute suitable entertainment for children so young, many of whom will not even have started school. 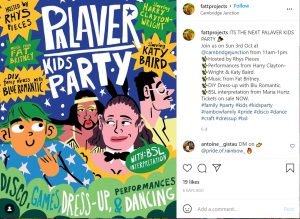