Keira Bell, the Tavistock and gender identity: what’s it all about?

You may have seen the recent media coverage of the Judicial review brought by Keira Bell and Susan Evans against the Tavistock and perhaps you wonder what on earth this is all about? This was a landmark judgement that will have worldwide repercussions as well as implications for society in general.

The Tavistock and Portman is a London Hospital Trust providing mental health services for adults and children. The particular part of the trust involved in this judicial review is the Gender Identity Development Service (GIDS) which was set up in 2009 to assess and treat children and young people with gender dysphoria. Gender dysphoria is defined the sense of unease a person feels due to a mismatch between their biological sex and their gender identity. This clinic is where almost all children with gender identity issues are treated in the UK.

Children and young people suffering gender dysphoria are referred to the Tavistock clinic where they should undergo a thorough psychosocial assessment (looking thoroughly at any underlying psychological, mental health, developmental conditions such as autism or family issues that may be contributing to their difficulties) before a formal diagnosis is made. Children experiencing distress around puberty are then potentially referred on to be considered for medication to block puberty (known as puberty blockers), these medications are  given to children as they start puberty so can be as young as 10. At the age of 16 these children can progress to cross-sex hormones (testosterone or oestrogen) and following that some will progress to surgery.

There has been increasing concern about this medical and surgical treatment and the lack of psychological and therapeutic support for these children and young people. In addition, there has been an explosion in referrals to this clinic as well as a significant change in the demographics of referrals. When the clinic opened in 2009 there were 97 referrals (just over 50% were biological males), last year there were 2728 referrals and around 76% were biological females. The precise reason for this increase (and in particular the huge rise in teenage biological females) is not understood and has not been formally investigated.

As the number of referrals has increased so has the number of children referred on for medical treatment. This was initially being done as part of a research study because of the lack of knowledge regarding physical and psychological outcomes of these treatments. However, increasing numbers were referred on for medical treatment and concerns started to be raised that adequate assessment and appropriate therapy was not being given to these children and that the long-term outcomes were largely unknown.

Children transitioning to the opposite sex

In addition, as the referrals numbers increased so did waiting times, and it became increasingly common for children to have already undergone social transition (already identifying and living as if they were the opposite sex) before presenting at the Tavistock clinic (in many cases social transition occurs even before referral or assessment by any medical professional).

It is important at this point to look at what the outcomes were for these children prior to the use of puberty blockers. Studies show that between 70 and 90% of children suffering from gender dysphoria would, after going through puberty, become comfortable with their biological sex. Only a small percentage would persist with feelings of gender dysphoria into adulthood.

However, the situation  currently is that many children with gender dysphoria are referred to a gender identity clinic (many of these children will have already socially transitioned and are determined they want medical and surgical treatment) and a large number of these will be referred on for puberty blockers.

Puberty blockers are medicines that are used for the treatment of breast cancer, prostate cancer and for children that go though puberty at a very young age. These children stop taking the medication when they reach the normal age for puberty and continue through normal puberty – blocking of puberty is reversible.  In the case of children with gender dysphoria however it is normal puberty which is being blocked with all the physical and emotional changes that come with it. It was initially intended that giving puberty blockers would reduce distress in the child/young person and enable them to explore their identity without the distress of the physical changes. It quickly became clear that almost all of the children who started taking puberty blockers progressed to taking cross-sex hormones. This is not altogether surprising bearing in mind that in previous studies it was the process of going through puberty including the brain maturation that helped a child to become comfortable with their biological sex. (The NHS website was recently updated to reflect the understanding that puberty blockers in this scenario are not easily reversible).

We need to keep clear in our minds the fact that a person cannot change their biological sex. Every cell in their body has XX or XY chromosomes (apart from the extremely rare incidences of genetic disorders). A person who goes down the route of a medical and surgical gender reassignment will be on hormone therapy for the rest of their lives and (depending on what treatment they have had) will likely be rendered infertile and in many cases without sexual function.

It is concerning that the current ideology around gender identity is illogical and operates on the belief that biological sex is irrelevant to being a boy or girl, that being a boy or a girl is based on feelings rather than biological reality. It is particularly concerning that this is being increasingly taught in schools through books such as ‘Who are you?’ The kids guide to gender identity and the No Outsiders programme. This is being introduced to children at an age where it can be extremely damaging. 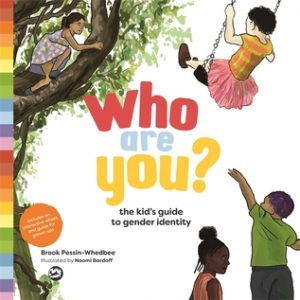 This judicial review was instigated by Sue Evans who used to work in the Tavistock clinic and first raised her concerns 15 years ago about the treatment of children with gender dysphoria. The claimants were Keira Bell and Mrs A (the mother of a 15-year-girl with autism who is on the waiting list for treatment at the Tavistock) .

Keira was a patient at the Tavistock and was prescribed puberty blockers aged 16, testosterone a year later and underwent a double mastectomy at 20.  She is clear that her underlying mental health problems were not addressed and that the treatment did not relieve her feelings of dysphoria. She has now detransitioned (returned to living as her biological sex) and there are increasing numbers of young adults coming forward who are testifying to the fact that transitioning did not relieve their distress long term and they are now left with varying degrees of irreversible changes to their bodies. 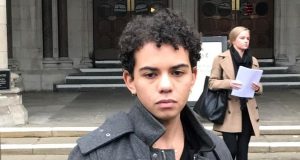 “The claimants’ case is the children and young people under the age of 18 are not competent to give consent to the administration of puberty blocking drugs. Furthermore, they contend that the information given to children is misleading and insufficient to ensure such children or young persons are able to give informed consent.”

The judgement from the High Court ruled that puberty blockers and cross sex hormones are experimental treatments which cannot be given to children in most cases without application to the court. It concluded that “it is highly unlikely that a child of 13 or under would be competent to give consent to the administration of puberty blockers. It is doubtful that a child aged 14 or 15 could understand and weigh the long-term risks of the administration of puberty blockers” the court also ruled that “in respect of young persons aged 16 and over. Given the long-term consequences of the clinical intervention at issue in this case, and given that the treatment is yet innovative and experimental, we recognise that clinicians may well regard these as cases where the authorisation of the court should be sought prior to commencing clinical treatment.”

The judgement states “There is no age appropriate way to explain to these children what losing their fertility or full sexual function may mean to them in later years.”

The judgement of the court established facts that clinicians have been trying to raise for a number of years:

So, what are the implications of the ruling in this case?

Within hours of the judgement being made public the Tavistock had announced that they had “immediately suspended new referrals for puberty blockers and cross-sex hormones for the under 16s” and all those already on puberty blockers will need a full clinical review. They have also committed to ensuring appropriate psychosocial support and psychological therapy is available.

A review of the gender identity services had already been commissioned by NHS England and the Tavistock was due to be inspected by the CQC. The judgements from this judicial review will feed into that review.

There is of course a huge concern about how this will affect children and young people and their families, especially those who have already embarked on social transition and regard puberty blockers as their only option. There is an urgent need to look at how these highly vulnerable children are supported in the community as well as in schools and in mental health services.

Bayswater support group has a very helpful resource for parents whose children express gender identity difficulties, but I think some of the principles here can be applied more widely as we think about our own responses to this issue whether or not we actually know a young person with gender dysphoria.

How to help children and families struggling with gender dysphoria

The issues around gender identity and gender dysphoria are complex and need to be approached with compassion and understanding while ensuring that the truth of biological reality remains clear. Children and young people deserve the best and most effective interventions based on evidence and facts, not on ideology and feelings. This judgement from the high court instigated by extremely courageous individuals is one step towards ensuring that vulnerable young people are protected.