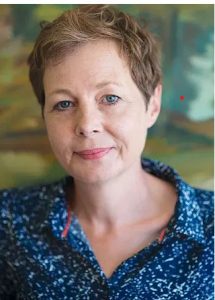 Rachel Rooney trained and worked as a teacher of Special Needs for many years before re-discovering her love of writing poetry. She taught for many years across a range of school settings and has particular interest and experience working with pupils with ASC (Autism). She is now an award-winning children’s poet and picture book writer. Rachel was shortlisted for the CLiPPA Poetry Award in 2015 and 2019 and was longlisted for the Carnegie Medal. She has also been a judge for both the CLiPPA and the Betjeman Poetry Prize.

Rachel partnered with author Jessica Ahlberg and campaign group Transgender Trend to write a rhyming picture book “My Body is Me”, aimed at helping children to be comfortable with their own bodies. Sadly, as a result of this book, Rachel has been targeted by pro-transgender extremists. We got in touch to ask her about the book and her experience writing it.

1. What’s your background and what led you to becoming a children’s author?

Before becoming a published author, I trained as a teacher of primary and special education and taught for many years in a range of school settings. I have experience working with children with autism, developmental delay, physical and sensory disabilities and those with behavioural and emotional challenges. My last post was as a pre-school teacher working as part of a multi-disciplinary assessment team.

My childhood interest in poetry was reignited after attending a children’s writing course at the relatively late age of 40, just after my third son started school. I continued to write while working as a teacher when my first award-winning poetry collection for children, The Language of Cat, was published. I’ve had several more poetry collections and picture books published since. Until recently, my work has involved going into mainstream schools as a visiting author.

2. What was your motivation for writing My Body Is Me?

I had been closely following the gender identity debate for a year or so when I was approached by Jessica Ahlberg (the illustrator of My Body is Me) to collaborate on a picture book to be published by TransgenderTrend, whose work I was familiar with. Like them, I had concerns around the ethics of social and medical transitioning of children and the reductive sex-stereotyping that they were being exposed to within the teachings of gender ideology. I was  worried about the numbers of youth, particularly girls, who present as autistic making life-altering decisions before fully understanding the impact autism might have on them. I say this as someone who not only has experience working with such children, but as someone who has raised an autistic son and with a late autism diagnosis myself.

After discussing with Jessica about what messages we would like to convey within the book I wrote the text and we then worked closely together to ensure the illustrations reflected these messages. The book is entirely inclusive of all children. The text does not exclude those with significant physical or sensory impairments. The characters are diverse and it features (amongst others) gender-non conforming girls and boys both in presentation and behaviour.

I’ve written teacher’s notes to accompany the book and Jessica has created some worksheet templates. I’ve recorded a reading of the book for those who are interested. All of these can be downloaded from the TransgenderTrend website. 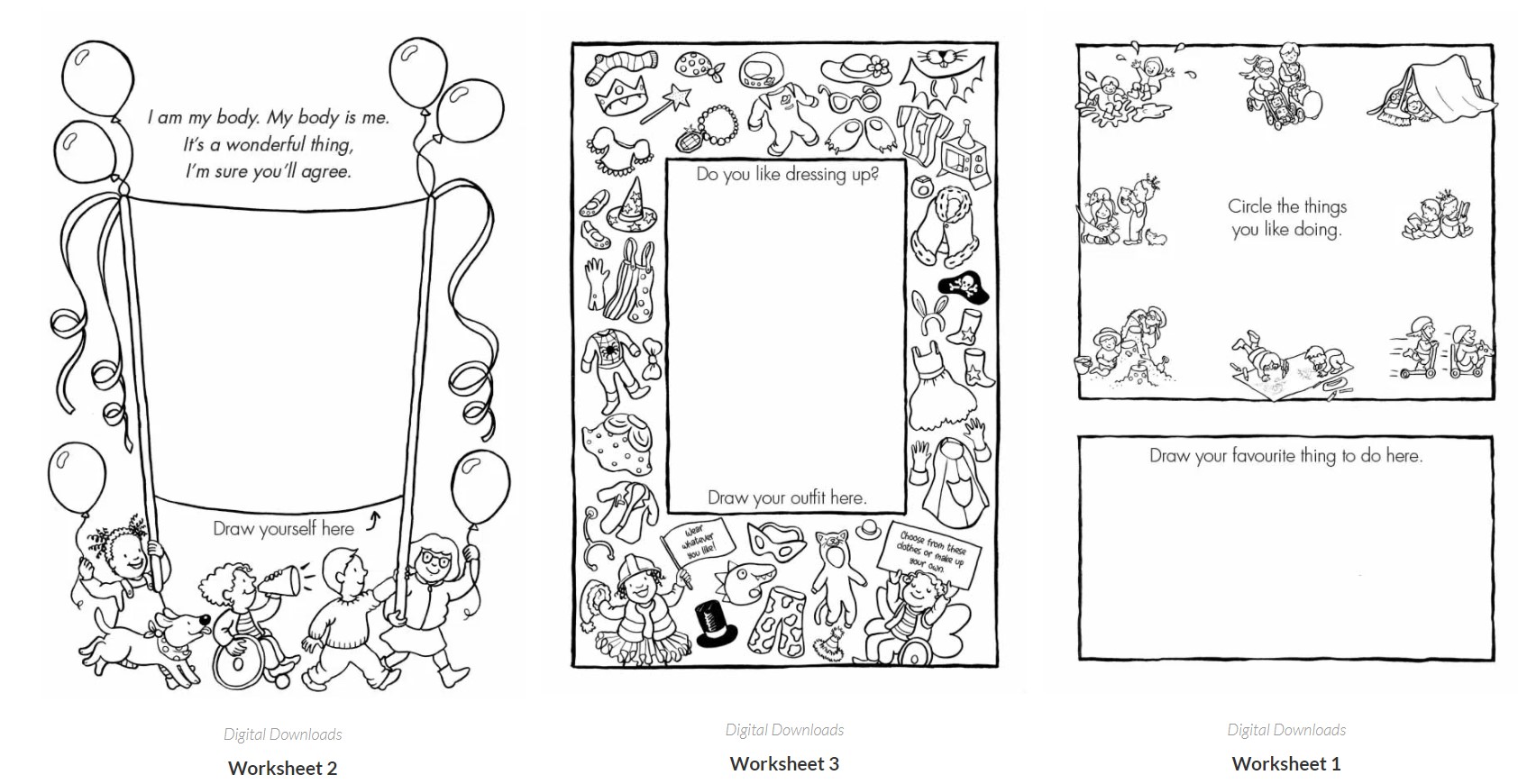 3. How prevalent are the use of picture books for young children with pro-transgender messages, and have you found that these are used frequently in schools? 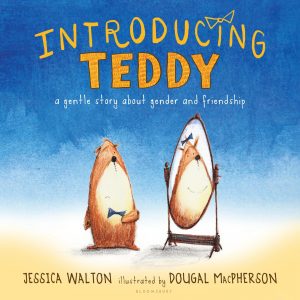 There are numerous picture books being published that promote the wrong body message to young children. It can take the form of a boy teddy bear becoming a girl teddy bear (it swaps a bow tie for a hair bow), the retelling of fairytales ( a girl cuts her hair, puts on a suit and goes to the ball – now a transgender prince), a story of a non-binary guinea pig ( don’t ask!) or more explicitly, an illustrated image of elective double mastectomy on the cover of a picture book purporting to promote ‘cool’ bodies to the very young. The messages given to young children are understandably reductive – there’s no psychological nuance or physical reality involved. It relies on magical thinking, which is fine in itself, but the literature is marketed as a starting point to introduce gender identity as fact while promoting sex stereotypes to impressionable young children. These books are used regularly in schools and are often recommended online within diversity and inclusion lists or as part of school packs, often alongside genuinely enriching literature.

4. What has the public reaction been to My Body is Me?

I knew I’d get some kickback from online trolls or gender identity activists but I received more than I’d anticipated. I had abusive emails sent through my author website, threats by DM from anonymous accounts and trolling attacks on my other unrelated children’s books, targeting publishers of my work. However, I wasn’t prepared for the very public and defamatory attacks on my character and motives, the questioning of my suitability to work in schools as an author, and the misrepresentation of the contents of the book – all this coming from a handful of fellow authors, illustrators and librarians. I’ve also received some industry coercion from colleagues to remain quiet on this topic. Of course, I have many more private messages from those who agreed with me but are too scared to speak out or even ‘like’ an article or comment on Twitter. There’s a climate of fear around this issue, which is worrying – there should always be a space for dialogue where when children, treatment pathways and safeguarding are involved.

It’s been a difficult two years for me but I’ve gained many supportive friends both online and in real life who have helped me stay upright. It’s also been wonderful to note the overwhelmingly positive reaction our little book has had with young children. It’s become a firm favourite in many households.

5. How can supporters get hold of the book?

My Body is Me! can only be bought directly from the Transgender Trend website, I think. I have no involvement in the production or distribution of the book, nor do I get a percentage of sales. It was simply mine and Jessica’s gift to them and we are very pleased the book is out there.

6. Are there any books that you can recommend to parents of older children who want to support their child to be happy in their own body?

The wrong body message is a relatively recent phenomena in children’s publishing so I think most books published before 2015 will be grounded in material reality. I am aware of a fantastic booklet being produced as I write, which tackles sex and gender from a gender-critical position and will be aimed for young teens. This will be available in September 2021. Watch this space…

7. Have you got any more books in the pipeline? 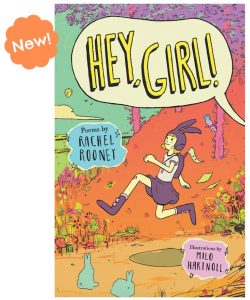 My final poetry book Hey, Girl!, (a semi-autobiographical collection for young teens) is out this August, and a picture book about emotions, The Fears you Fear (the third in a trilogy) is out in January 2022. I have no plans to publish after that.

Yes, my website is here if you want to support my work.